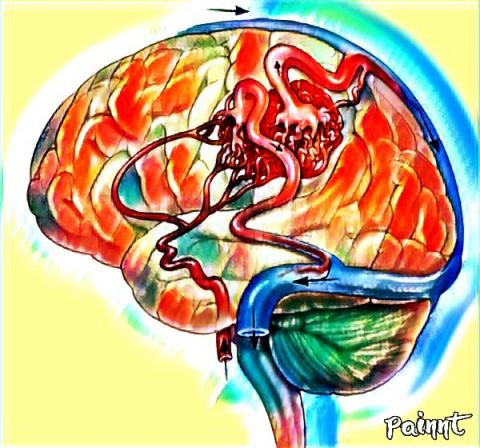 AVM Resection is a procedure done to separate the AVM of arteriovenous malformation from the surrounding tissue. With the use of a microscope, the neurosurgeon will then cut off the blood supply to the AVM and remove it. AVM resection is an advantageous procedure as it effectively and immediately corrects the AVM right after the procedure. But before further discussion of AVM resection surgery, best to start with what is AVM first.

What is Brain Arteriovenous Malformation (AVM)?

The arteries typically carry blood that contains oxygen from the heart to the brain. On the other hand, the veins carry the blood with less oxygen away from the brain back to the heart. This is what’s normal but when there’s AVM, there happens to be tangles of blood vessels in the brain or in its surface.

AVM bypasses normal brain tissue directly diverting blood from arteries to the veins. There is less than one percent of the general population that has brain AVMs with males being more common to have it than females. There is no definite answer or reason behind why brain AVMs occurs. Usually, brain AVMs is congenital which means those that have it are born with it.

However, AVMs isn’t usually hereditary so people who have it probably didn’t inherit it from their parents and they probably won’t pass it on to their children in the future either. Brain AVMs may occur anywhere in the brain or in its surface. It means that one can have brain AVM in the frontal, occipital, parietal and temporal lobes of the brain (front part), the cerebellum (back part), brainstem or the ventricles. AVMs are really troublesome for a number of reasons.

For one, with AVMs allowing blood from the heart to go through the brain’s capillaries might result in neurological defects. There is also the risk of hemorrhage or bleeding which can be life threatening as it can damage the brain tissue around the AVM. It may even result to death, although cases of this are very rare.

Often, AVM is difficult to treat and requires a number of different specialists. In AVM surgery, the goal is to disconnect the blood supply to the AVM. AVM resection is an open surgery with the surgeon creating an opening in the skull in order to allow a full visualization of the cerebral arteriovenous malformation. When the skull is opened, the neurosurgeon identifies which are the margins of the AVM then clips the arteries that feed it.

Following that, the neurosurgeon will proceed on removing or destroying the veins draining the AVM. At the same time, the surgeon will also remove or destroy the nidus which is what directly connects the veins and arteries. When performing AVM resection, it is extremely important that the neurosurgeon is highly skilled and well-versed in this particular procedure.

This is especially because of the technical challenges present in the process of surgically excising AVMs in the critical portions of the brain. When it comes to resection of AVMs in functional areas, high precision and minimal disturbance to the brain tissue surrounding the
AVM is required.